Seguso and the Year of Italian Culture in the US 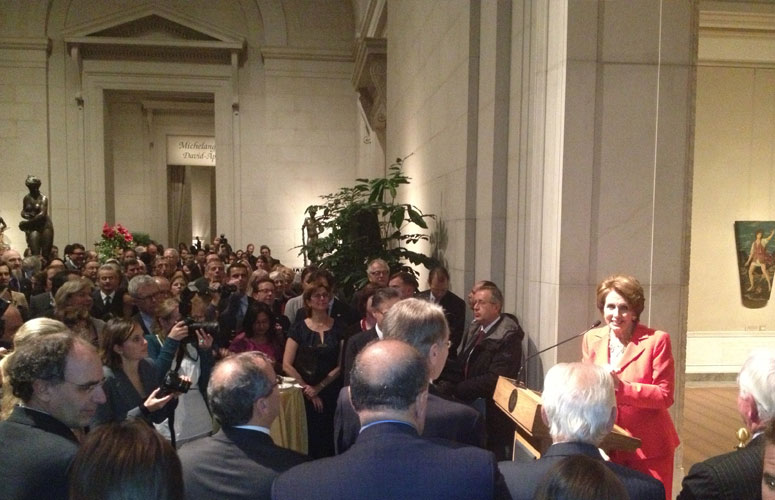 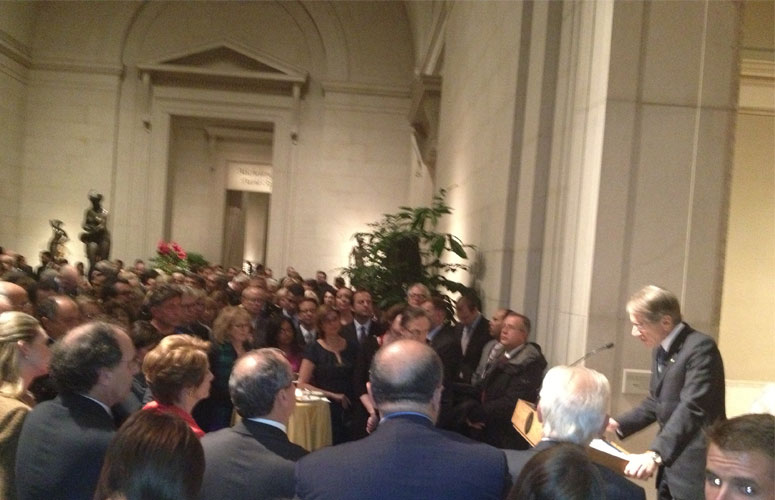 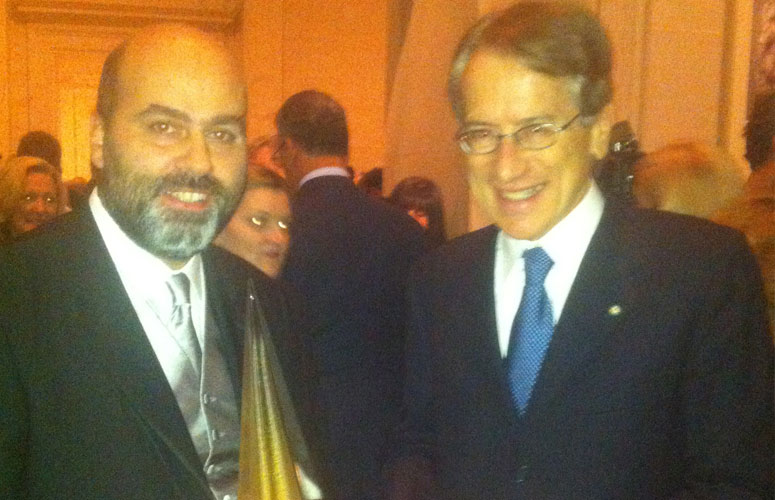 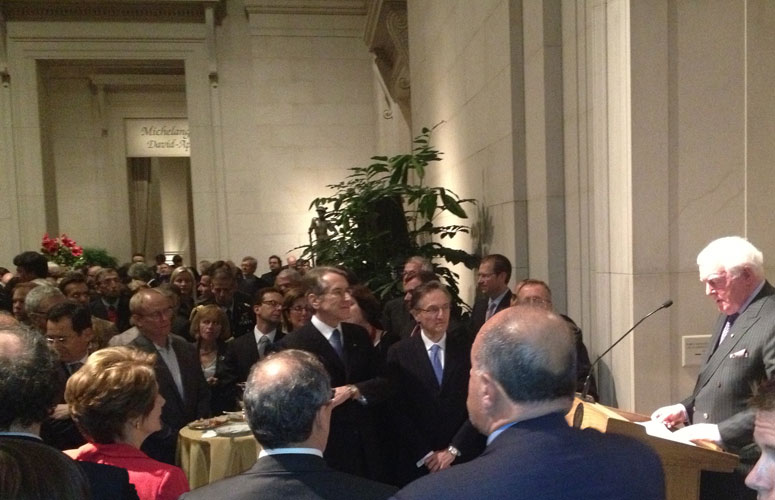 Seguso and the glass of Murano are the protagonists for the 2013 Year of Italian Culture in the USA. The artwork Axis Mundi was presented by Pierpaolo Seguso to the Minister of Foreign Affairs, Giulio Terzi as a symbol of Italian culture.

A new and important international success for Seguso, the historical family of glass blowers in Murano since 1397. During the opening of the 2013 Year of Italian Culture in the US Pierpaolo Seguso, who with brother, Gianluca is leading the group of the family with headquarters in Murano and New York. They presented to the Italian Minister of Foreign Affairs, Giulio Terzi, “Axis Mundi,” a precious glass pyramid as a symbol of strength and the knowledge of Made in Italy, to represent Italian culture. “Axis Mundi” means the privileged place where the harmony and genius of the human kind find refuge.  The artwork is made by Giampaolo Seguso, artist, poet, philosopher and father of Pierpaolo and Gianluca. Giampaolo’s art is exhibited in many museums throughout the world and in 2013 will exhibit “FRAGILE” at the Musee Maillol in Paris.

The inaugural celebration was hosted at the National Gallery of Art in Washington with Minister Terzi, Italian Ambassador Bisongero and as a representative from the US, Congresswoman and House Minority Speaker, Nancy Pelosi. The evening opened with the official support from President of the Italian Republic, Napolitano, to encourage the Italian companies, innovation, and quality of the tradition, always able to meet the challenges for the present and the future – all values that Seguso deeply has with the strength of 600 years of tradition, in addition to the research and innovation of the 1900’s to today becoming one of the most important brands in the world, synonymous with Italian excellence in style.

As for the challenges, Seguso has been able to successfully negotiate over the past several decades, elevating Murano tradition in the world. Gianluca and Pierpaolo – the 22nd generation – to whom we owe: the creation of Seguso’s U.S. headquarters and showroom on Madison Avenue in New York, working with major American department stores such as Neiman Marcus and Bloomingdale’s as well as specialty stores such as Gearys and Gumps for distribution products, the creation of a network of collaboration with leading architects and interior designers worldwide – including Americans Peter Marino, Richard Meier and Roger Thomas – for projects of private residences, luxury hotels and prestigious contract interiors featuring many custom made creations, extraordinary for their workmanship technique and scale. Many high level projects have also been initiated with great luxury brands including Dior, Armani, Rolex, Fendi, Blumarine, Este Lauder, Mikimoto, Swarovski, Donghia.

The excellence of Seguso glass works was also recently celebrated in New York at the event, La Notte, Gala Dinner sponsored by the Foundation “Friends of the Italian Cultural Institute of New York”, which saw the Murano Company represent the Made in Italy with Italian brands Buccellati and Poltrona Frau.

“‘It is a source of great pride for our family to represent the craftsmanship and values of Murano as a symbol of Italian culture of which we feel humble ambassadors”
says Pierpaolo Seguso, President of the Seguso USA.

TheItalian Ambassador to the Unites States, Claudio Bisognero read a message from President Napolitano, Minister Giulio Terzi di Santagata presented the program,and to welcome the Italians in America, the highest ranking female politician in American history, Congresswoman and House Minority Leader, Nancy Pelosi, recalled how America was discovered by an Italian, named in memory of an Italian, and built by millions of Italians.