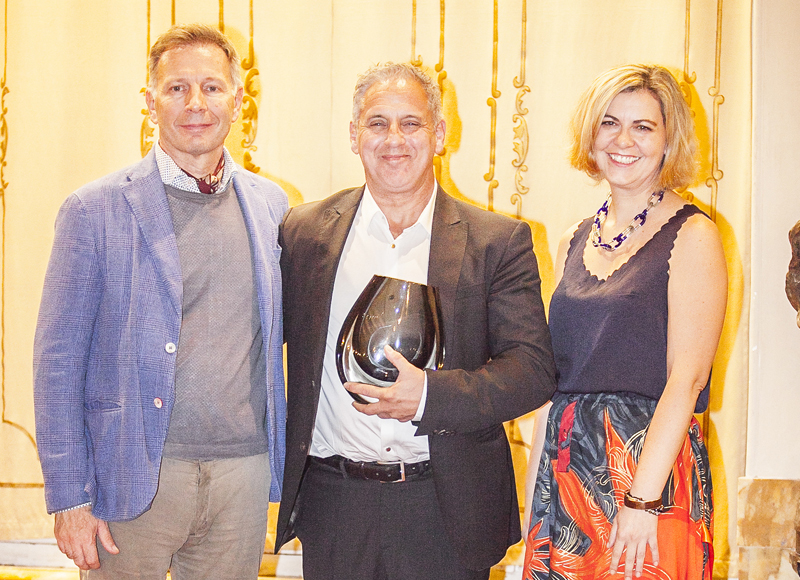 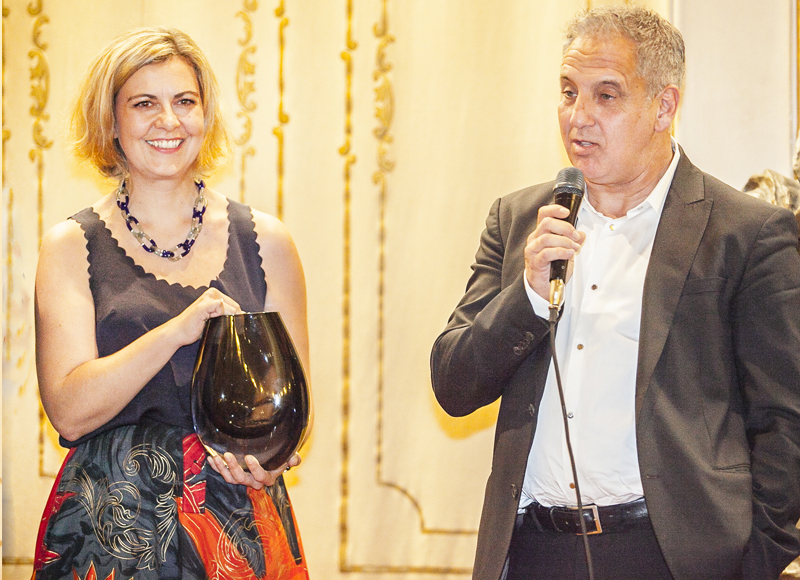 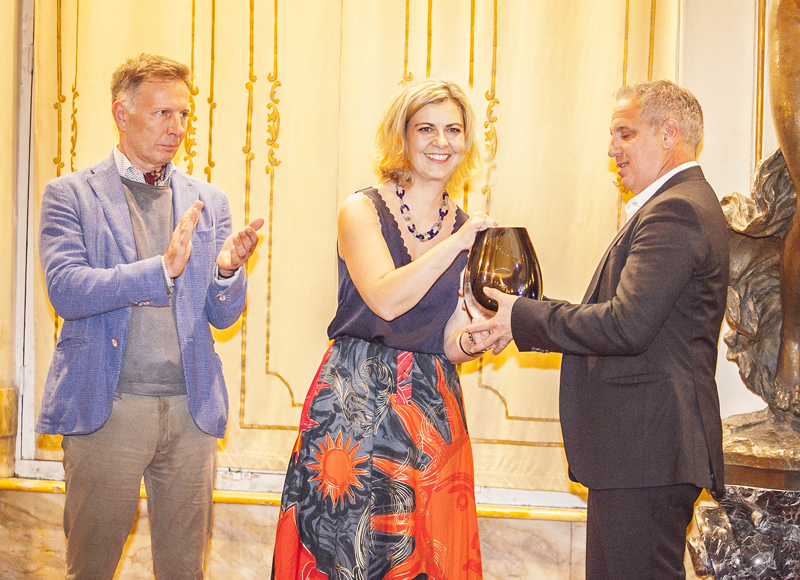 Seguso Vetri d’Arte stands once again alongside the great Italian cinema, on the occasion of the 22nd edition of the “Terra di Siena Film Festival“, among the most important italian film festivals. The 2018 program presents national premiere movies of remarkable artistic value, highly anticipated by critics.

The participation in the festival is a pleasant tradition for Seguso Vetri d’Arte, which annually assigns the “Seguso Award”, a the career award. On occasion of the 2018 edition, the award has been assigned to Vincent Riotta, a British actor of Italian origin who directed the Hollywood Boulevard Acting School in Hollywood, Los Angeles. Riotta is very active as an actor in the cinema as well as in theater and TV. Among his most recent appearances is the one next to Tom Hanks in the film Inferno, directed by Ron Haward.

The Seguso Award – a vase worked in incalmo techinique and masterly crafted by the Seguso Vetri d’Arte Masters- has been handed to Vincent Riotta by Maria Giulia Seguso.  The Ceremony was held in the prestigious Palazzo Chigi, home of the Accademia Musicale Chigiana in Siena.

The Terra di Siena Film Festival is an idea of Maria Pia Corbelli. The artistic direction is entrusted to Antonio Flamini who has made the event an international showcase of stars and a meeting point between actors, directors and producers, a cultural exchange of projects focusing on the future of the Italian film art.