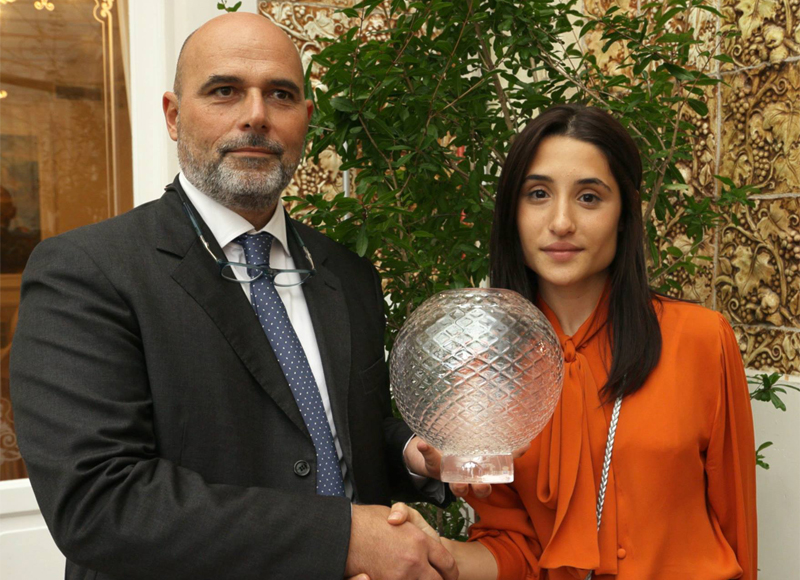 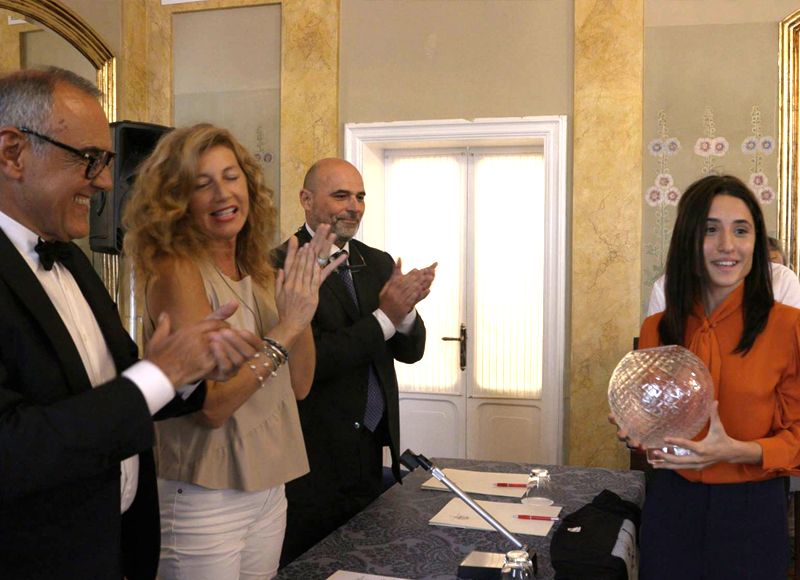 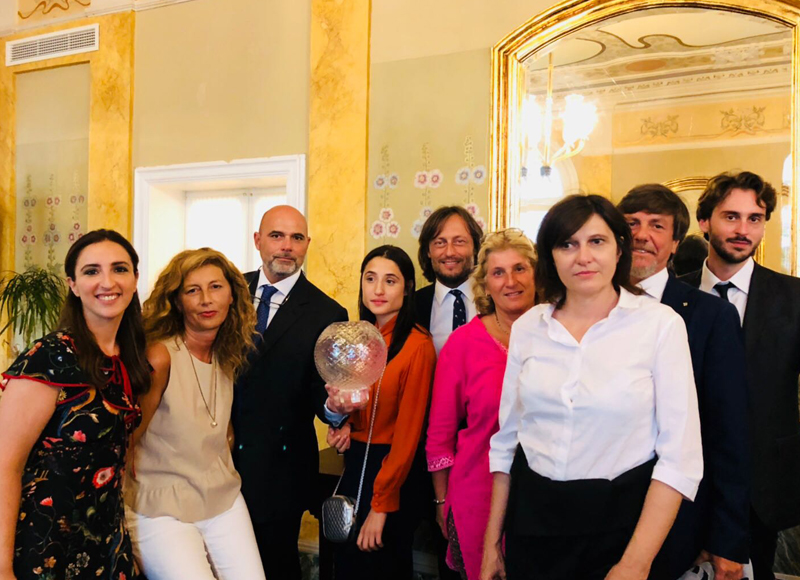 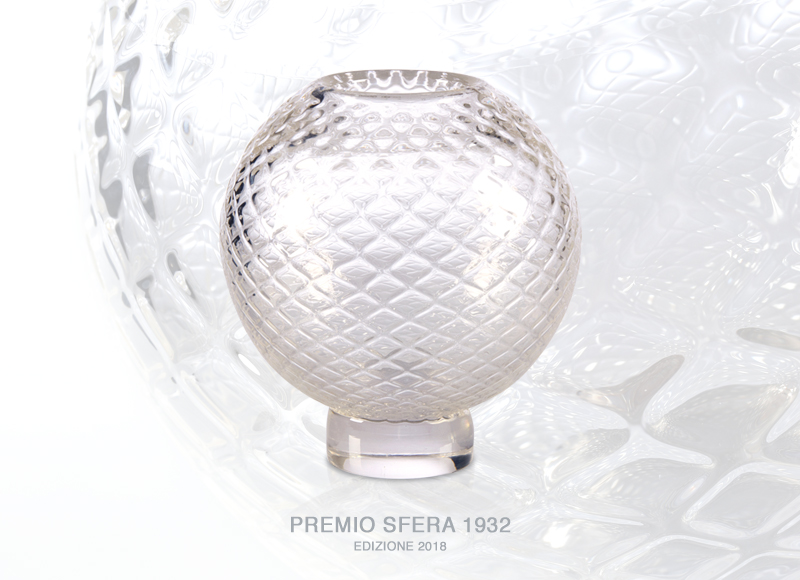 Capri Revolution, directed by the Italian film director Mario Martone, is the winner of the “Sfera 1932 Award”, rewarded to the movie presented at 75. Venice Film Festival, that is the best in conveying the values of environmental responsibility.The acknowledgement – a Murano glass artwork created by Seguso Vetri d’Arte craftsmanship – was handed by Gianluca Seguso to Marianna Fontana, main character of the movie, at the presence of the Venice Film Festival artistic director, Antonio Barbera. The actress was accompanied by the Indigo Film producer Francesca Cima, and Paola Malanga, deputy director of Rai Cinema (Rai is the national public broadcasting company of Italy).

The “Sfera 1932 Award” has been established by Consorzio Venezia e il suo Lido and Seguso Vetri d’Arte – Murano dal 1397. The artwork represents Seguso mastership and the value of Murano glass art by evoking a precious model from the Seguso Archives: the glass globe designed in 1932 by Flavio Poli for the lighting of the Grand Avenue at the Lido of Venice, that can still be admired today.

«Capri Revolution invites us to reflect on the relationship between man and nature” – underlines Gianluca Seguso, Seguso Vetri d’Arte President and CEO, together with the President of the Consorzio Venezia e il suo Lido, Michela Cafarchia.

The Giury, chaired by Luca Zambelli, awarded the movie for: “the evocative power of the images, which stimulate in the public an intimate and profound meditation on the relationship between man and nature, embodied in the tormented psychology of the female character, free and primordial as the island where she lives. The landscape is not a setting, but a living protagonist and interpreter of the epoch-making change taking place. The film investigates the concept of individual responsibility towards the rights of nature, knowledge as a necessary tool, an urgent duty for the preservation of an authentic human life on earth”.