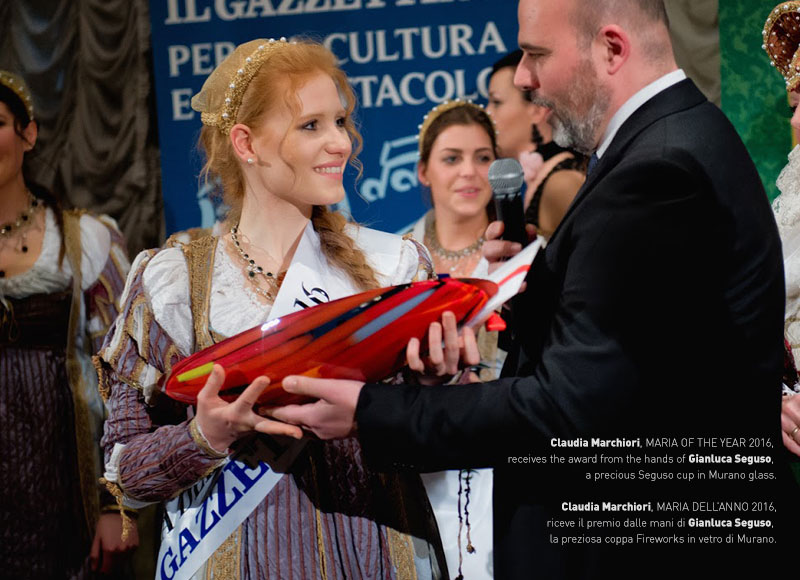 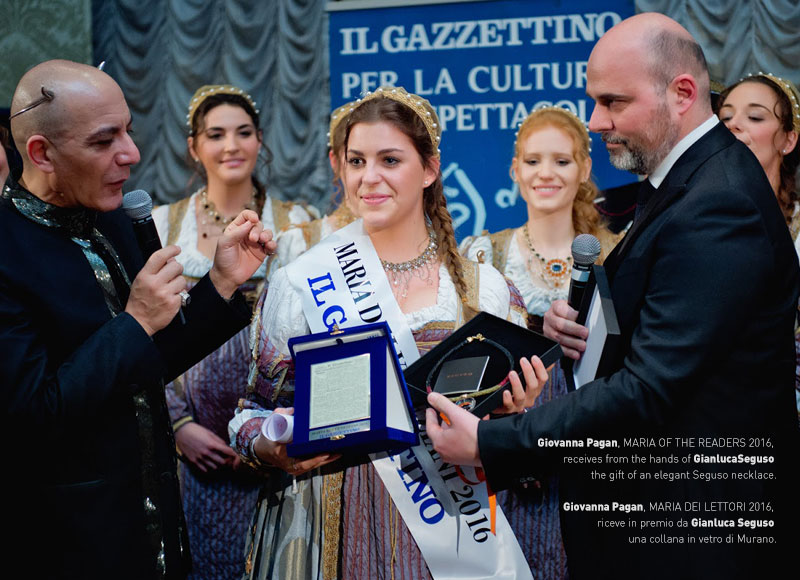 Claudia Marchiori is the MARIA OF THE YEAR 2016, proclaimed at the Grand Gala at Palazzo Ca ‘Vendramin in Venice. Chosen from 12 contestants, Claudia has received from the hands of Gianluca Seguso the precious cup in Murano glass, for which the glassmaker is accustomed to honoring those chosen. The festival has seen this year the Madrina d’eccezione (exceptional godmother) stylist, Angela Missoni. The jury presided by Marco Maccapani, artistic director of the Venice Carnival, was composed by Gianluca Seguso, journalists Enrica Ponzellini and Carlo Ducci of Vogue, Antonio Matarrese of Panorama and Roberto Papetti editor of Il Gazzettino, as well as other leading experts and authorities. Giovanna Pagan is the MARIA DEI LETTORI who has received the gift of a precious Seguso necklace.

Since the ninth century in Venice it was custom to bless February 2, the feast of the Purification of Mary, for all couples who would get married within the year. Among women who took part in the blessing the twelve poorest were chosen: they were dressed in rich clothes and jewelry provided by the state.

In 948, during the celebration, the 12 brides were kidnapped by Dalmatian pirates but were immediately liberated by the Venetians. To thank the Virgin of her intercession, the Doge instituted the Festa delle Marie. Since 1999 the festival relives as one of the most popular historical re-enactments of the Venice Carnival.