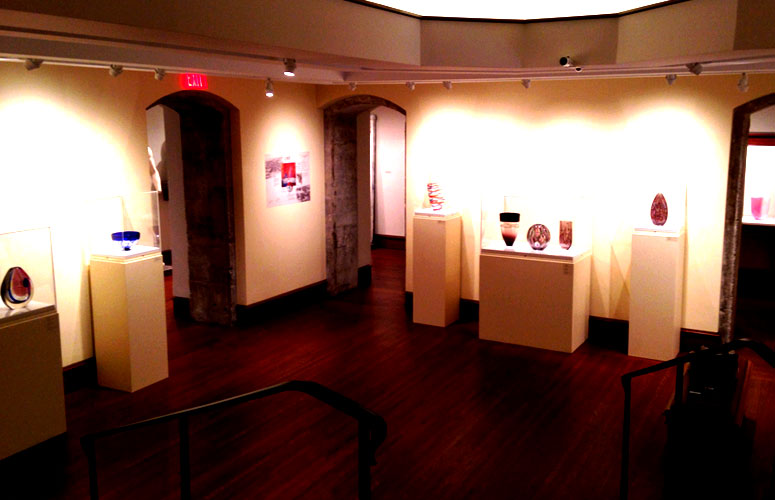 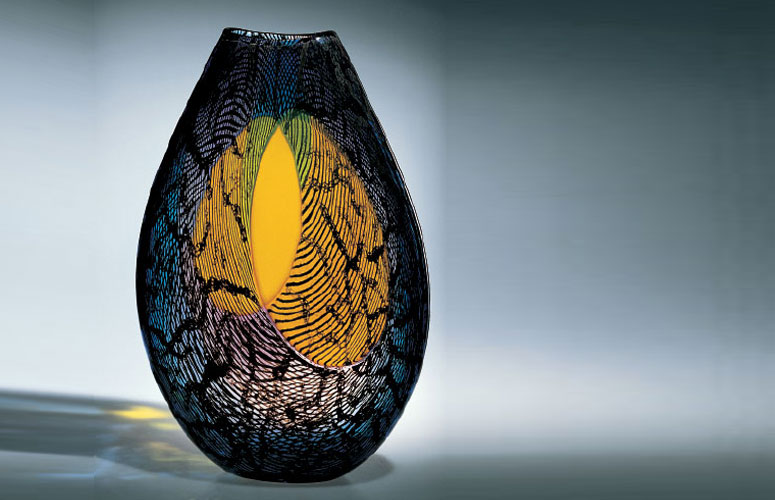 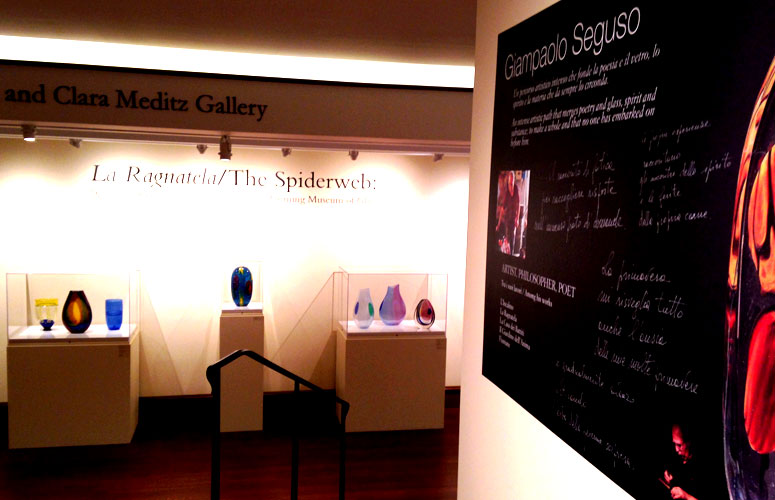 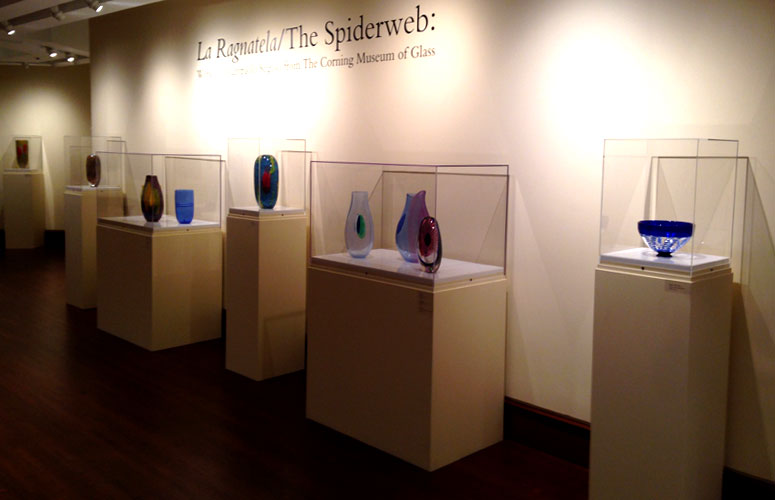 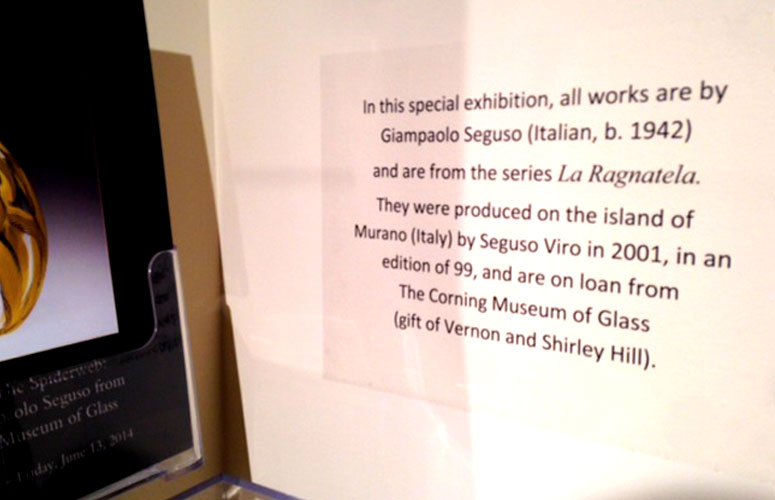 Fairfield University’s Bellarmine Museum of Art presents its newest exhibition, La Ragnatela/The Spiderweb: Works by Giampaolo Seguso from The Corning Museum of Glass, on view April 10, 2014, through June 13, 2014. An opening reception, free and open to the public, takes place on Thursday, April 10, 2014, from 6 p.m. to 8 p.m. La Ragnatela (Italian for “spider web”) refers to the characteristically long, thin lines and complex patterns of filigrana vases. A glass-making technique that was invented in 1527, filigrana consists of preparing parallel glass canes that are then melted into a mass of incandescent glass, creating perfect geometrical shapes in net and spiral-like patterns. It is still practiced today by the master glassmaker Giampaolo Seguso (b. 1942), whose family has been making glass on the Venetian island of Murano for more than 600 years. Exhibition sponsors are the National Endowment for the Humanities, Morris Media Group, and Whole Foods Market Fairfield.

The second part of a three-part project Seguso calls “La Galleria dei 99,” Giampaolo Seguso’s La Ragnatela Series is documented in an eponymous book that beautifully illustrates all 33 glass objects in the series; each of which is accompanied by one of Seguso’s evocative poetic mediations on the complexities of moral existence, the beauty of the natural world, and the power of the human spirit. Examples of all 33 vases will be on view (on loan from The Corning Museum of Glass) together with copies of Seguso’s poetry. A complementary micro-exhibition, featuring five new pieces created by Seguso in honor of Holy Week, will be displayed concurrently at Fairfield’s DiMenna-Nyselius Library, and the artist will give a talk about these new works and read his poetry on April 14 at 5 p.m. in the multi-media room of the library (free and open to the public).

The exhibition will be inaugurated with a lecture by William Gudenrath, (Resident Advisor, Corning Museum of Glass), at 5 p.m. on April 10, 2014 in the Diffley Board Room of Bellarmine Hall. This talk, “La Ragnatela in Historical Perspective: A Technical Background in Venetian Glass” is sponsored by the Robert Lehman Foundation and is open to the general public at no cost. The opening reception (free and open to all) will immediately follow the lecture in the Great Hall of Bellarmine Hall. Gudenrath is a glassblower, scholar, lecturer and teacher. He is recognized as one of the foremost authorities on glassmaking techniques from the ancient world through the 18th century. During the run of the show, a film entitled “Glass Masters at Work: William Gudenrath” will be shown in the museum’s smART classroom. See how Gudenrath thinks about, understands and recreates historical glass objects and applies this thinking to his own work. This film will be shown on April 15 from 2 to 4 p.m., May 6 from 12 to 2 p.m., and on June 6 from 2 to 4 p.m. Also on view, in the gallery during the run of the show, will be “Glass Working Processes & Properties.” This film, produced by The Corning Museum of Glass, presents 43 brief segments on the various techniques employed in glassmaking: blowing, flameworking, cold working and casting. Other topics covered in the film include the composition of glass, glass coloring, and annealing.

A series of Family Days, sponsored by Morris Media Group, and inspired by the glass, will take place during the run of this exhibition on select Saturdays from 1 to 4 p.m. in the Bellarmine Museum. These events, which are free and open to the public, include: “All the Colors of the Rainbow” (April 12); “Shapes and Patterns” (May 10); and “Art and Music” (June 7). Museum galleries are open to the public between noon and 5 p.m. on these same Saturdays.
Beginning on April 24 (and on view through June 27) Jason Peters: Refraction will be on view at the Thomas J. Walsh Art Gallery in the Quick Center for the Arts, also at Fairfield University. Peters is an installation artist, and is planning the works that he will be creating, in the Walsh Gallery and in the foyer to the Quick Center, to be responses to the glass objects on view at the Bellarmine Museum.